We love to party and love drinking games even more. We want everyone to have as much fun partying as we do, but we know not everyone can join the Krakow Crawl, so we have put together the ULTIMATE guide of pub crawl drinking games.

You’ll need a deck of UNO playing cards and some shot glasses for this game.

Rule 1: If you cannot play a card from your hand, pick up a card and drink.

Rule 2: If you are skipped or reversed on, you have to take a shot.

Rule 3: When a standard wild card is played, it’s a social drink and everyone drinks, including the player who deals the card.

Rule 4: The person who plays a +4 card gets to pick someone to do 4 shots.

Rule 5: Once someone wins, everyone counts their cards. Each card = 1 shot, and all +2 and +4 cards accumulate as well.

Beer pongs may not precisely a drinking game, but we love them, and it is the best way to get nice and drunk nice and quickly. Bring out the beer pong and pass it around to get the party started. You can buy these online, but we recommend making your own as the online ones are not very good quality. Check out the following video to make your own.

Ride the Bus is an excellent card drinking game that has straightforward and basic instructions and allows strangers and friends to “learn as they play”.

Step 1: Get a deck of playing cards and set up a diamond with nine cards face down with each card only touching then next on each corner.

Step 2: The player chooses which side he wants to start at and flips the card. If the card is a King, Queen, Jack or Ace, the player must take a shot.

Step 3: The the dealer will place another card on top of the previously turned card, and the players start again.

Step 4: If the card is not a King, Queen, Jack or Ace, the player can now move on to the next row and choose a card from the left or right to turn over.

Step 5: Continue until the player makes it to the other side without getting a face card. Sometimes it can be a quick ride other times, you are not so lucky, and it’s a long ride on the Bus.

We made this downloadable pdf with the rules for this driving game.

This drinking game is perfect for pre-drinks. Set one big glass in the middle of the table and 7 cups around it with a mixture of different drinks and spirits. You need about 4+ people for this to be exciting.

Rules: Go around the group, each person flipping a coin one at a time. Before you flip, you choose one of the drinks to put into the middle glass, and if you get heads you drink, if its tails it moves to the next person, after a few turns of no one drinking, the mix can become not so delightful, it’s dangerous but straightforward.

Split your group into two teams, and each has a bottle of mixed vodka (straight vodka if you are crazy). Share the bottle around, and the first team to finish the bottle wins

A great way to crew over your friends and get them really wasted, this game is a bit more complicated you recommend and we have the easy to play rules in a downloadable pdf or you can watch the below video.

Very similar to the above but you get the satisfaction of slapping the shit out of your friend’s cups instead of stacking them.

Beer Pong Challenges is the classic red cup drinking game, but with a twist, and it gets the party going. Great for beginners and pro alike.

Rules: Add a number under each cup that corresponds to predetermined rules. The player that sinks this cup gets to choose who does the task related to this cup.

All you need for this is a deck of playing cards, a big cup and some keen players. Before you start the game, you must know what each card stands for and here is our list, but you can also buy pre-made cards to take the experience to the next level

Step 1:  Clear off a table and set a cup in the middle with the deck of cards placed face down around the cup in a circle.

Step 2: Get a group of friends to gather around the table, each person having a cup/bottle of alcohol to themselves.

Step 3: One person starts by picking up a card, and whatever the card may be, follow the rule. Go in a circle and keep picking a card till the last King is picked!

The magic rectangle is a great game that can be played with a small or large group and it can leave you sober or utterly destroyed.

Step 1: Set up three rows of cards face done. Each turn, the player needs to choose higher or lower before they card you select.

Step 2: Cards can only be placed at either end of a row, and you have three turns.

Step 3: On the first turn you MUST be in the middle row, 2nd and 3rd can be on any row on the outermost cards.

Step 4: If you choose the wrong card, you must drink the number of cards in that row.

Step 6: If you get it wrong, you must start your turn again in the middle row. Your turn can only pass if you get all three cards right.

Step 7: In the event of a matching card (e.g. 8+8 or queen + queen) you must guess the next card’s colour. If you guess correctly, you continue your turn. (The card you guessed does not count to your three-card turn)

Step 8:  If you get the matching card wrong, you drink the number of cards in that row plus the card you guessed wrong. Here is a more detailed version of the rules.

TIP: If your friend is losing and has almost run out of their drink, you can get them a new drink and force them to continue playing.

This is a single-player drinking game that is good for small groups.

Rules: Player one is dealt a card. The player then guesses whether the next card will be higher or lower than the next card. If wrong, the player drinks once. If correct, the player guesses again and has to guess four in a row to finish there turn.

This is one of the simpler drinking games and is good to play at home for pre-drinks, and it’s much better if you purchase an extra-large version as t makes it more exciting.

Rules: Play a normal game of Connect 4, and if you lose a game, you buy the next round of drinks.

You can probably tell by now that we have a passion for drinking games. We are always looking out for new ways to consume alcohol, so you have any recommendations for drinking games, please let us know. Or even better, join the crawl, and we can show you first hand. 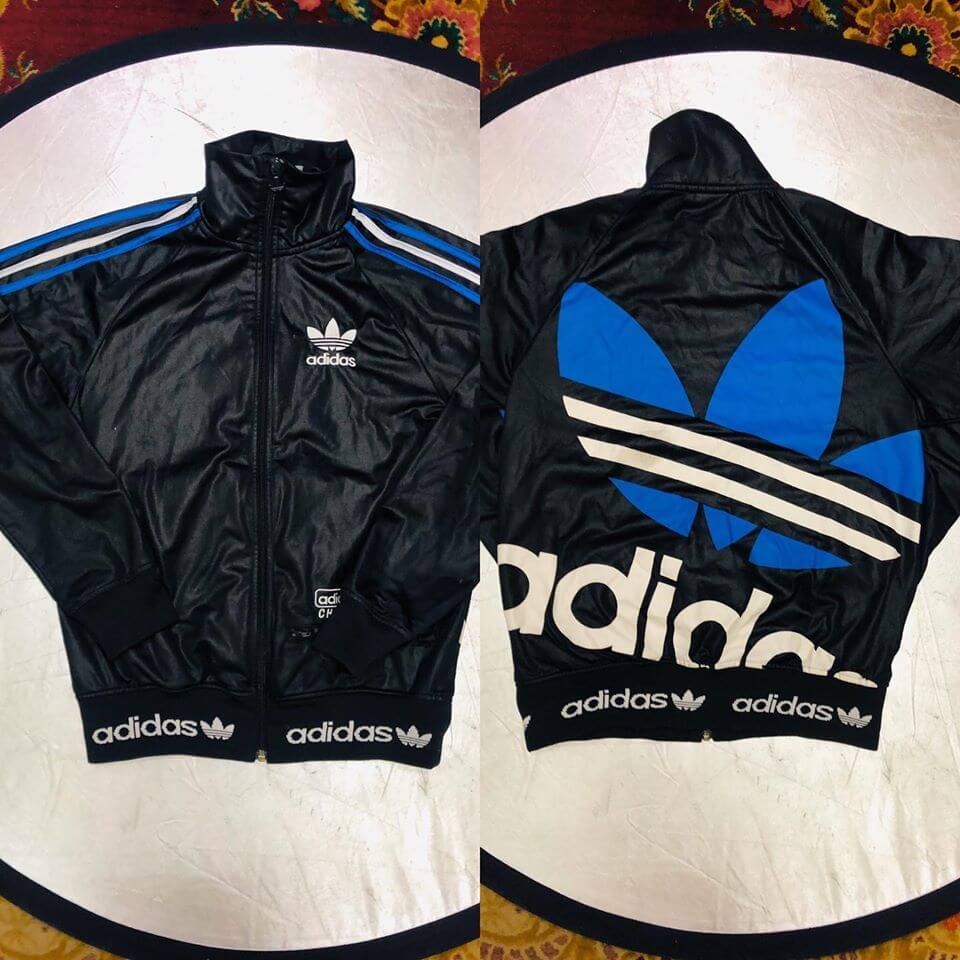 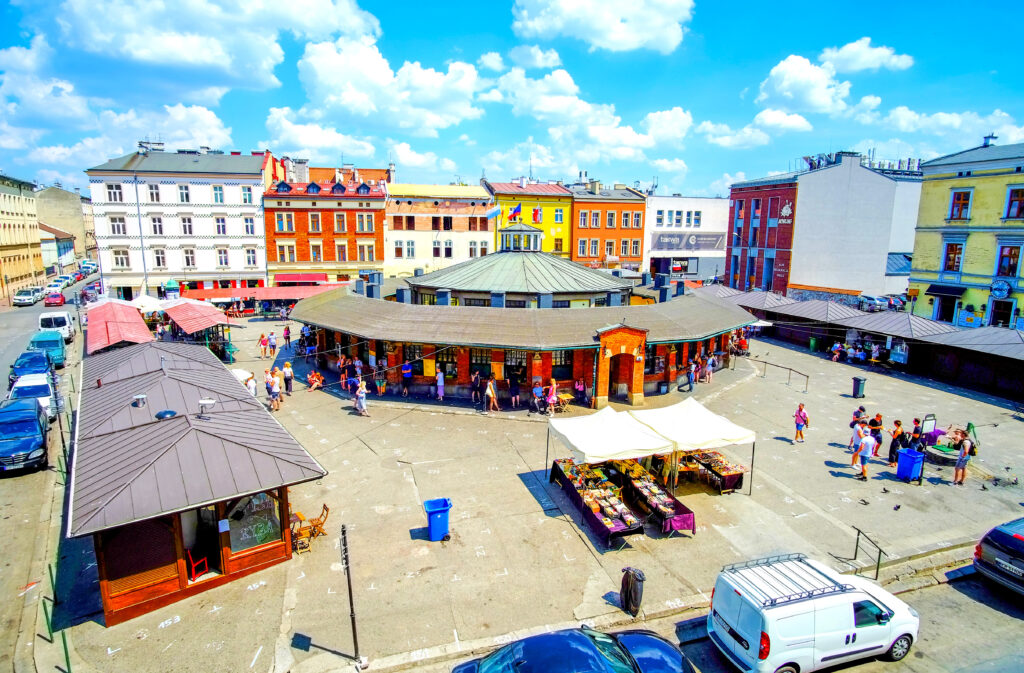 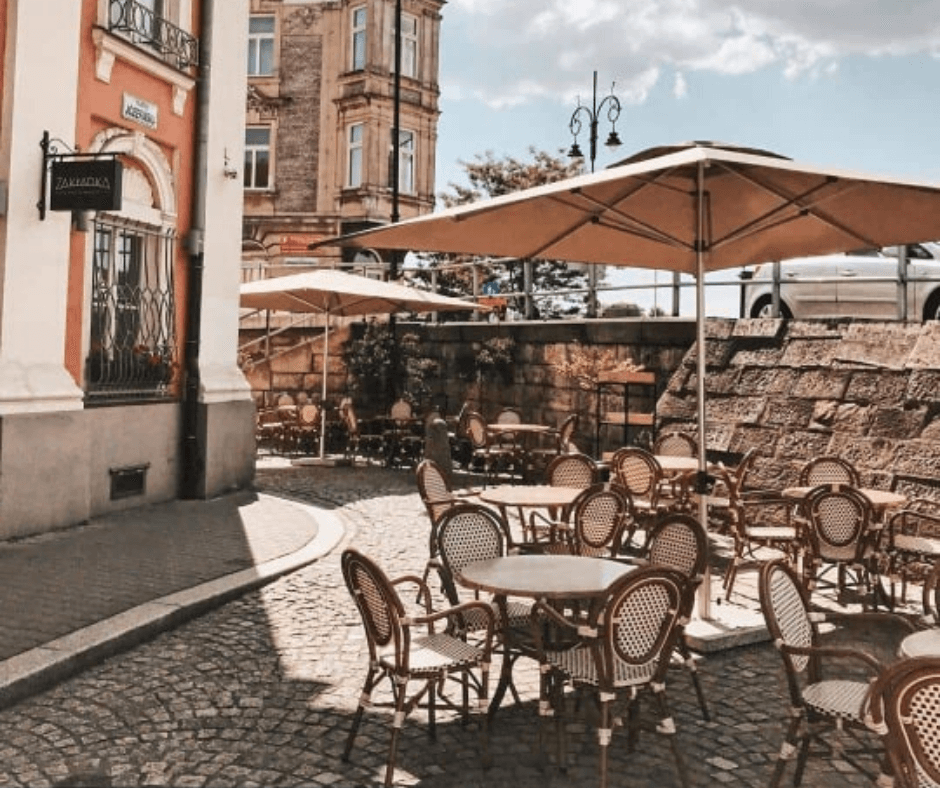 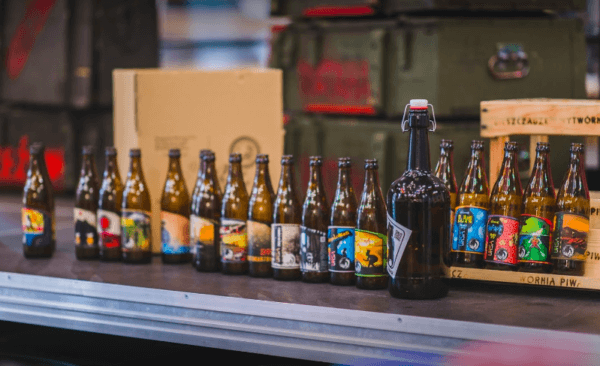 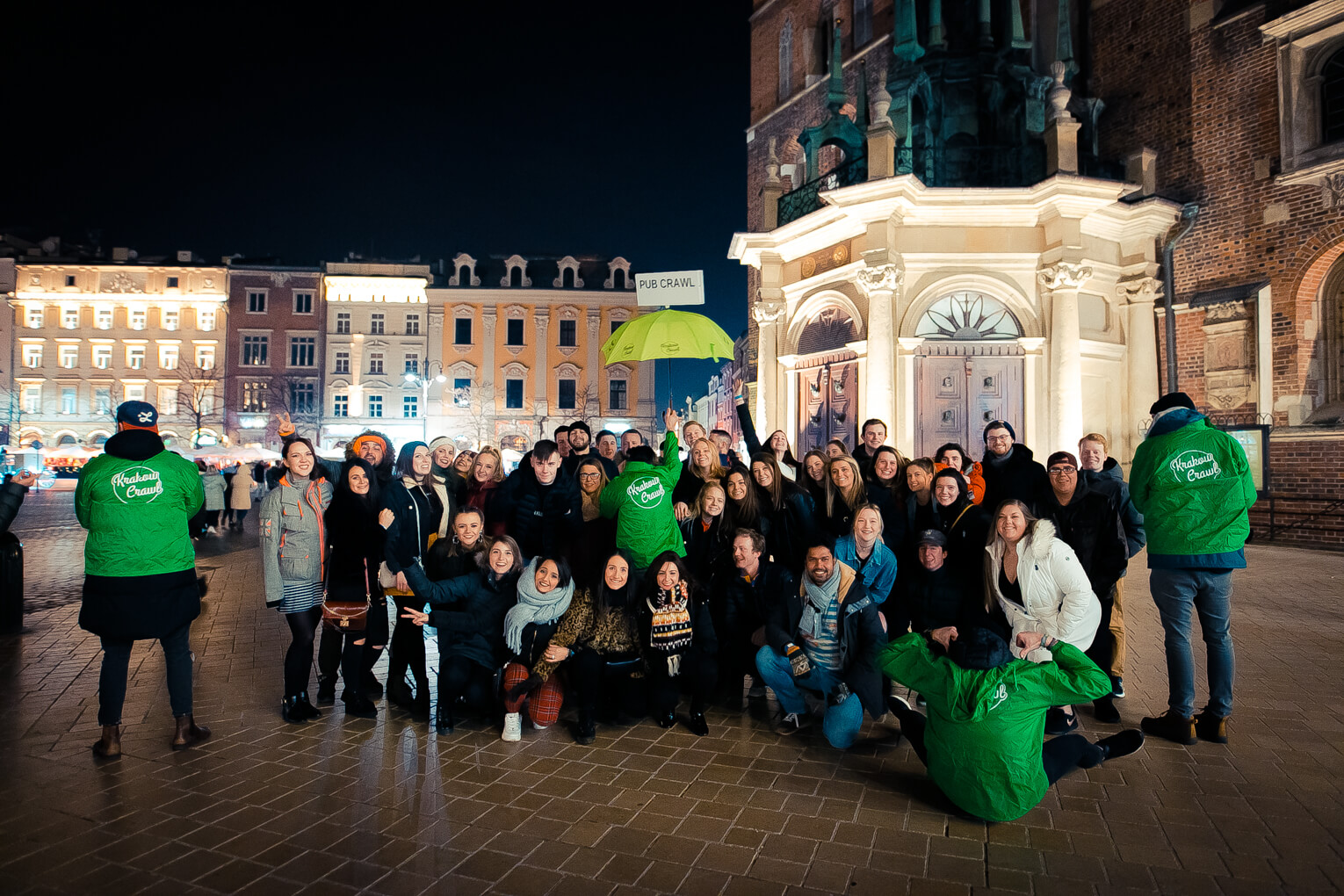 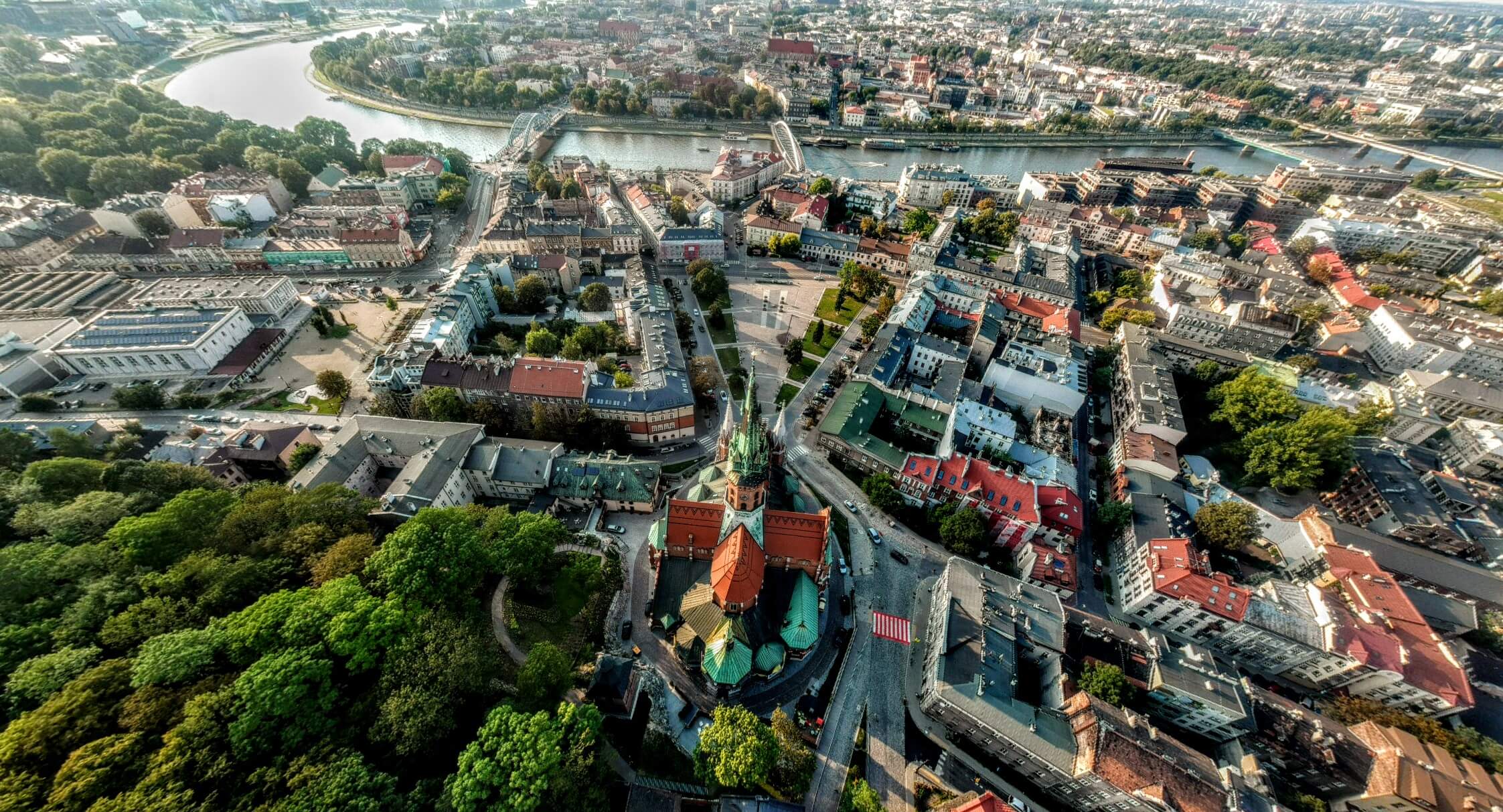 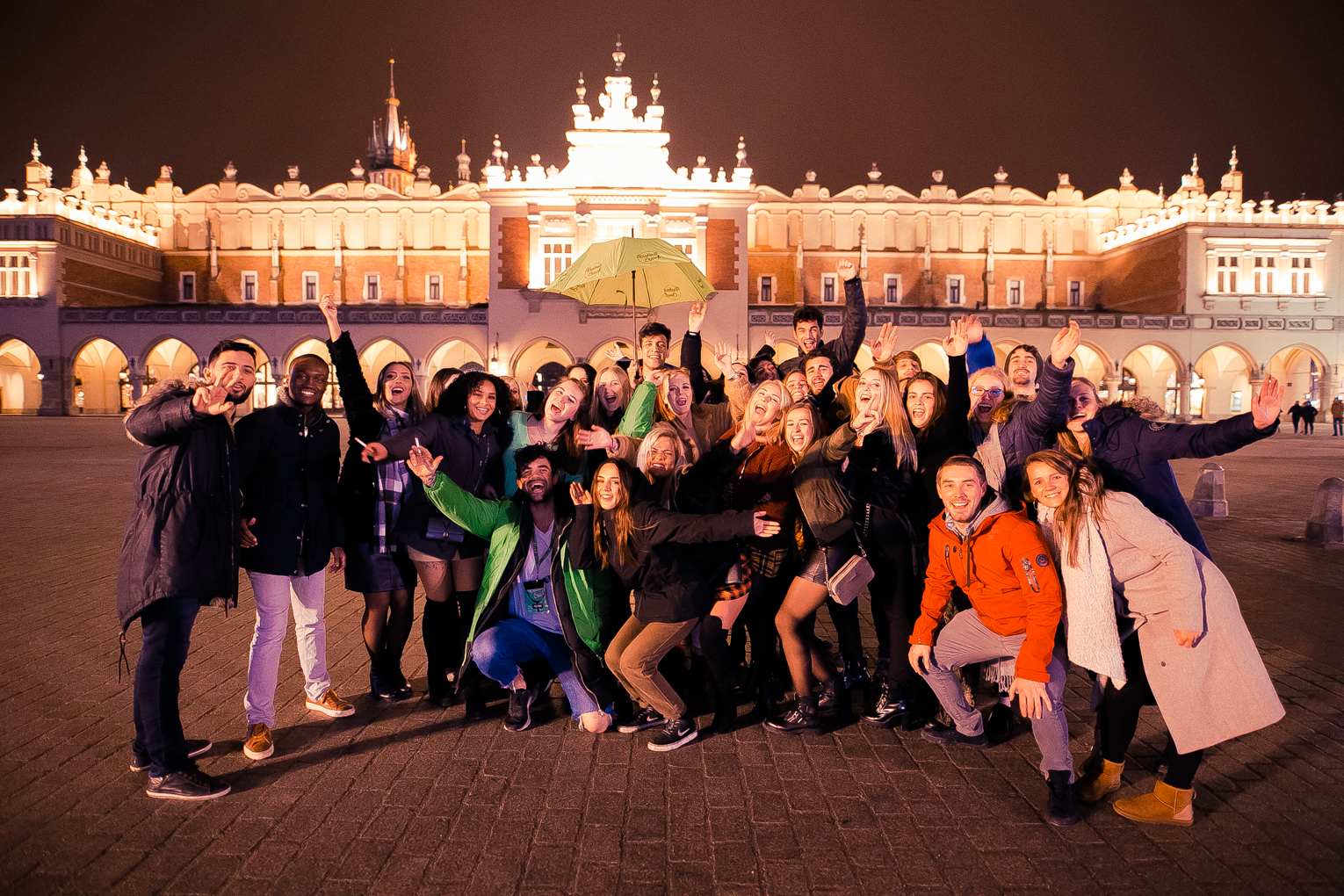 THE DOS AND DONT’S OF PARTYING IN KRAKOW 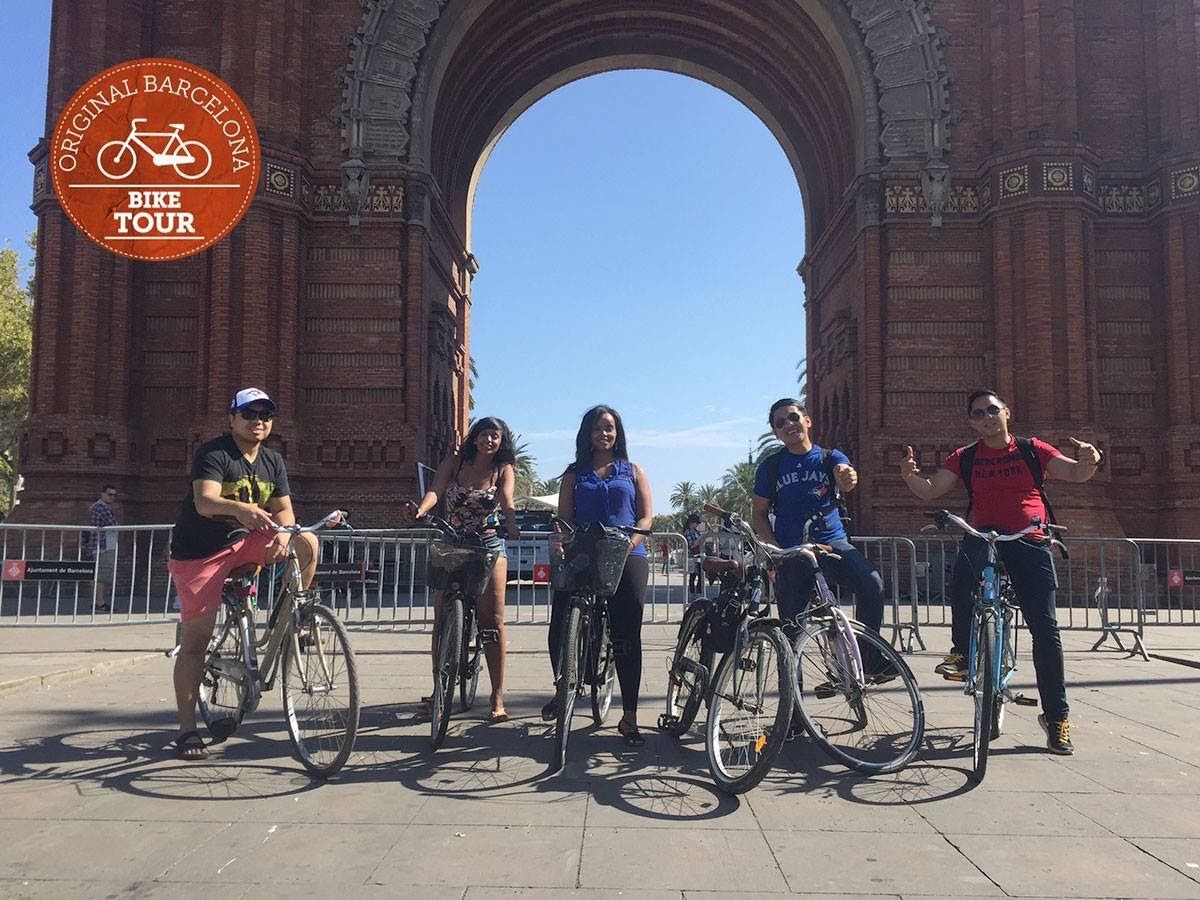